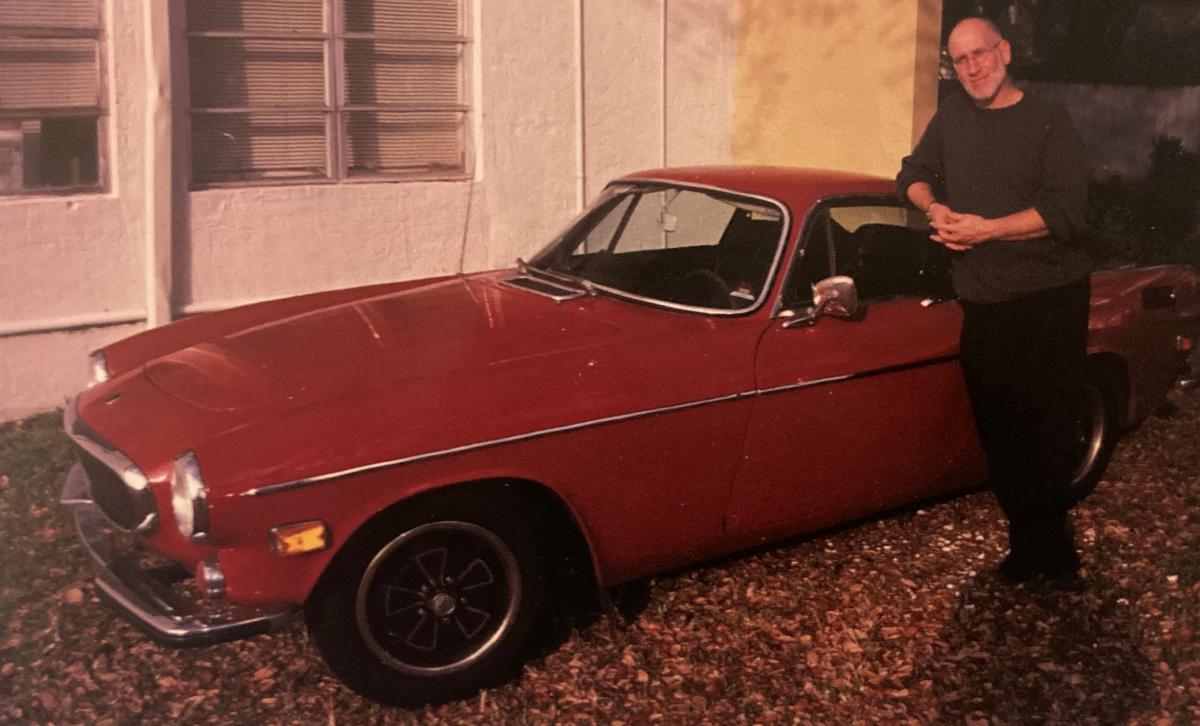 Larry Rubin started collecting paint by numbers in the mid-90s after coming across a few paintings at yard sales and thrift stores. He was already deeply involved with collecting mid-century furniture and home goods and something about the PBNs spoke out to him. His collection grew quickly, leading him to become more involved with the small but dedicated world of PBN enthusiasts. He started a quarterly newsletter, "Larry's by the Numbers Newsletter", with a circulation of about 30 copies. The newsletter, archived below, is an irreverent and fun look at PBN history, the collecting trends of the time, personal stories, and news about notable figures and events. As his name within collecting circles grew, he was approached about lending some of his pieces to the Detroit Historical Museum and the Smithsonian for their exhibits on Paint By Numbers. 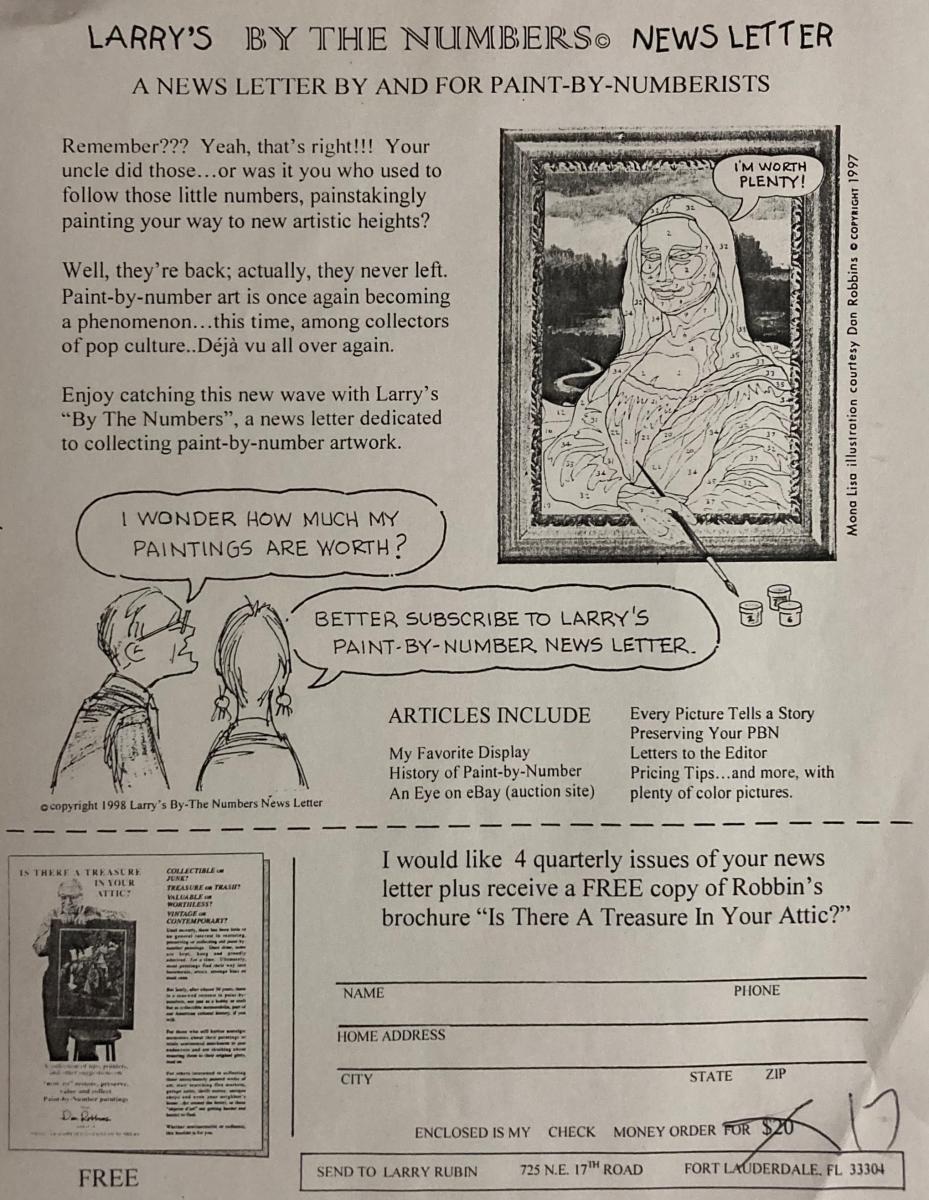 As a practicing phychotherapist and professor, Rubin also integrated his collecting into his professional spheres, using PBNs to decorate his office waiting room and setting up an exhibit of religiously themed paintings at St. Thomas University, where he taught. Has written articles for the journals The Arts in Psychotherapy and Spiritus: A Journal of Christian Spirtuality investigating the therapeutic and spiritual virtues of PBNs- both the finished pieces that cover the walls of his office as well as the process of painting the canvases.

He found that displaying PBNs in his waiting room and office often elicited strong, spontaneous responses and nostalgic attachments from patients - memories of their childhoods, insight into relationships with relatives, and ideas and themes that are integral to their identities. They could provide useful tools for evoking memories and associations that may otherwise go unnoticed.

Using PBNs as a therapeutic tool also extends to doing the meticulous work to complete the canvases. Rubin found that the structured nature of the process, coupled with the the satisfaction that comes with completing the compositions, let his patients become engrossed with a calming and therapeutic activity without the overt pressures, anxieties and frustrations that can come with trying to produce original artworks. Similarly, he has examined the process of painting religious PBNs as a form of "material spirituality" and a way for the hobbyist to directly relate to their faith through the meditative practice of completing the compositions.

Some of the content of the newsletters helped form the content of a book that Larry wrote to accompany Princeton Architectural Press' reproduction kit from 2005. The set sold out and has now become something of a collector's item itself. In both the book and newsletter Larry goes beyond simply collecting and cataloging paint by numbers and digs up resonant and relatable accounts of how paint by numbers have fit into people's lives, attached themselves to memories and become so enmeshed in the personal histories of 20th century America. Below is the nearly complete collection of the By the Numbers newsletter (a search is on for the missing volumes - hopefully they will be added soon!) and a great article from Warman's Today's Collector from 1999. Enjoy!

Larry's By the Numbers Newsletter