Growing up in Toledo, Ohio Jack Wahl always had a passion for art, sports and building. As he grew up he  discovered an abundance of technical skill in the arts of drawing and painting. After winning a city-wide drawing competition in the 8th grade with a colored pencil composition of a blue jay, Jack increasingly devoted his energy towards his art. After high school, faced with a choice between pursuing art or architecture in college, Jack followed his gut and went with art, despite the advice from family and friends that there was little money to be made with a career in the arts.

His decision proved to be prescient - Toledo in the 50's and 60's was home to a number of thriving companies that existed at the intersection of art and manufacturing. After briefly attending a local art school, he found work in 1957 with Richter Artcraft, a company that produced decorative wall plaques. He decided to leave school to focus on his career full-time and quickly made his way up the ranks. Initially he was brought on as a screen-printer, inking the pre-printed designs to the plaques. Before long the company recognized his artistic and compositional skills and he was put in charge of designing the compositions himself. The company was eventually forced to close due to financial problems, but this setback led Jack to an opportunity that would end up occupying the next twenty years of his professional career.

Towards the end of his stint with the Richter Jack had made the acquaintance of a man named Tom Pickle. Tom was looking for work at Richter but, due to slumping popularity, they were in no position to bring on new employees. Tom mentioned that he was going to go over to Craft Master to see if they were hiring and Tom got a job working on packaging and catalog design. When the plaque company went belly-up about a year later, Jack had an idea where to look, and a valuable contact at the Craft Master.

Jack was initially hired in 1963 as a freelance designer working under Adam Grant, at the time the sole full-time designer working for Craft Master. Jack started with the "animals, the simple stuff" while Adam concerned himself with the larger, intricate landscapes and portraits for which he became well known. After eight or nine months Craft Master was looking for more full-time employees and Jack was first in line to join the company's design staff. He worked with Grant for about seven years and developed huge professional and personal respect for him, even saying that he was “the paint by number guru.” Jack credits Grant with instilling in him the skills and knowledge to have a long, fruitful career, "If it wasn't for Adam I would never have improved my skills as much." After a few years Grant was forced to retire due to some health problems, but Jack maintained a close friendship with Adam and Peggy Grant for many years.

In 1969 the Craft Master name, along with "the building and everything in it", were sold to General Mills amidst a large expansion of the company. Jack and Tom Pickle didn't go along with the sale, so they were, briefly, out of work. But, the former owners of Craft Master, Tony Anton and George Toteff, had no desire to get out of the Paint By Number business. Not long after the sale they set about launching a new venture - Craft House.

They initially reached out to Adam Grant to head the design team, but he opted to remain in retirement. After Grant declined, as Jack says "...they didn’t have any choice but to hire me! I was the only one left!" With Jack and Tom Pickle both moving to Craft House they retained the same basic design team in a new facility, with a new name. The two were primed to pick up where they left off, but there was one catch - as part of the sale agreement with General Mills they were prohibited from re-entering the PBN market for three years. The three year gap caused some troubles for Jack since his contract with Craft House was largely based on a percentage of sales. But it did give him time to create a backlog of designs so that once they were allowed to enter the market Craft House could hit the ground running. It also allowed time to begin construction on a house on Lake Columbia in Michigan, about 60 miles from the headquarters in Toledo. Building his own homes became a passion that Jack would revisit for the rest of his life.

Once Craft House was up and running, things went quite well for Jack and the company, and as he says, "Once we went back on the market it wasn't long before we overtook Craft Master." Before long Jack had worked out an arrangement where he did nearly all of his work from his home in Michigan, commuting to Toledo every week or so for meetings. "I felt like I got more work done when I was up in Michigan because I wasn't being disrupted by talking to other people and having meetings."

Jack was comfortable designing and 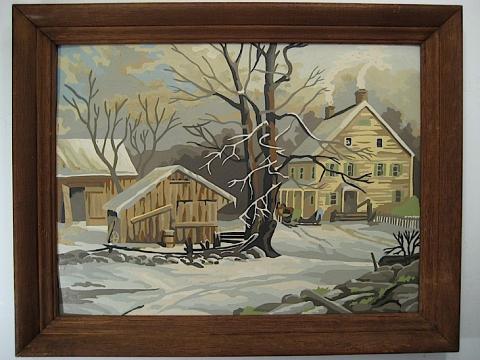 color-coding whatever types of scenes were in demand at the time: "...there was really no "style" in the designs because everything was so different...pretty much everything was dictated, like, they'd say 'we need some cat pictures' or 'we need dog pictures' or 'winter scenes'." Jack was the sole Paint By Number designer from the founding of 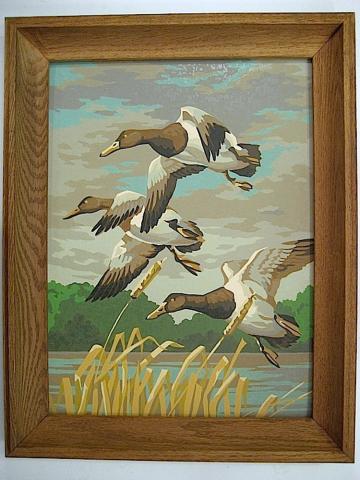 Craft House up until 1985, at which point they brought in two new men to start learning the trade. Jack trained the new designers in the technicalities and compositional principles of Craft House, and in 1987, at the age of 50 he retired from the business.

After retiring Jack moved to Hilton Head, SC where he built another home, opened up an art gallery, made the rounds as a semi-pro golfer and embraced his love of boating. The gallery eventually began losing money so Jack and his wife sold it and took off on a four month trip across the country, visiting seventeen National Parks and painting forty canvases.

Jack eventually settled in Tuscon, AZ , where he once again built his own home, this time from adobe bricks. He settled into teaching at local art programs, painting daily, exhibiting at local galleries, golfing and, from time to time, doing freelance paint by numbers for Craft House and, after Craft House's restructuring, some competitors. He continued teaching until 2008 and is currently working on selling his paintings and contemplating a move back East to be closer to his children. He is working on setting up a website to showcase his works from his time in Arizona. It can be viewed here